As European travel becomes more and more accessible to everybody, trips all over the continent have never been so popular for Brits.

Whether it be a long weekend in Barcelona, a week-long holiday in the Algarve or an adventure in Eastern Europe, there’s plenty to see and do for all of us.

However, after comparing various travel experiences, Consumer Guardian have come up with 10 European holiday destinations that you may not have heard of.

We’ve put together a list of cheap getaways ideal for a long weekend that we’ve been to in the last couple of years.

In a country that isn’t really known as a tourist destination apart from Prague, Pilsen is located only 90 kilometres from the capital.

An industrial city and home to the famous Pilsner beer, there are various museums & Art galleries all around the city as well as the title of the 2nd European Capital of Culture in 2015.

– With a mixture of Romanian, German and Hungarian culture, Sibiu is an amazing part of Eastern Europe that hasn’t been discovered as a tourist destination by many.

With plenty of sights available, Sibiu is a pedestrian-friendly city with the majority of landmarks being free of charge to visit. 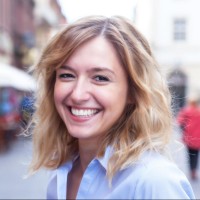 Faye’s love of travel means that she’s always looking out for ways to save money on her next trip. Of course, she will be sharing all her tried and tested tips, -plus any new ones she discovers- with the readers of Your Money Saving.

Cheap Winter Meals to Make for the Family